Strasburg Parks & Rec District is excited to announce a partnership with Mission Control Sports to introduce an Online Esports League. With much appreciation to our business sponsors: Claussen Chiropractic and Carl the Computer Guy.

Whether you’re a newbie, casual player, or an experienced gamer – you will be able to put your skills to the test with a variety of games like Rocket League, Mario Kart, Smash Bros, Fortnite, Madden 20, and Call of Duty. Leagues are $10 each, for 4 weeks of play. Most leagues will include a playoff week at the end. You can play in as many leagues as you would like. We will also be awarding prizes to top gamers in each league!

Registration is open now through October 1, for the first round of leagues. Round One will begin the week of October 5 and end the week of November 8 (after playoffs conclude).

Parents we do encourage you to review game details/content online prior to granting your child permission for a league. Participants must have access to their own console and game. Access to the consoles online network (Xbox Live, PlayStation Network, Nintendo Switch Online) is also required.

Ready to get started?
STEP #1: Download the Mission Control app (free)
STEP #2: Create your Mission Control profile – find us at missioncontrol.gg/play, scroll to and select “Strasburg Parks and Rec Esports”.
STEP #3: Register for as many leagues as you would like!
STEP #4: Check your schedule, chat with your league mates, keep track of your standings, and have fun!

Fortnite (stats based) – ages 14&under (all platforms): Thursdays @ 6pm

Can I request a league?

How do I know about new leagues starting?

Join Mission Control and allow push notifications. We will notify you when new leagues are starting.

What if I can’t make my scheduled game time?

You can reschedule your game if you cannot make the set time. You will need to reschedule prior to your original game time. You will need to discuss time options and agree to a time with your opponent by chatting with him/her through the Mission Control app or the game. All rescheduled games need to be completed prior to the last day of the league. If the game is not played, the person who requested the reschedule will forfeit that game.

How will I know who I am playing?

Once the deadline to join the league has passed, all players in the league will get a notification from Mission Control with directions on how to use the app, how to communicate with fellow players, and how to record your score along with other important details. Make sure you select “Allow Push Notifications” when signing up.

What gaming systems can be used? 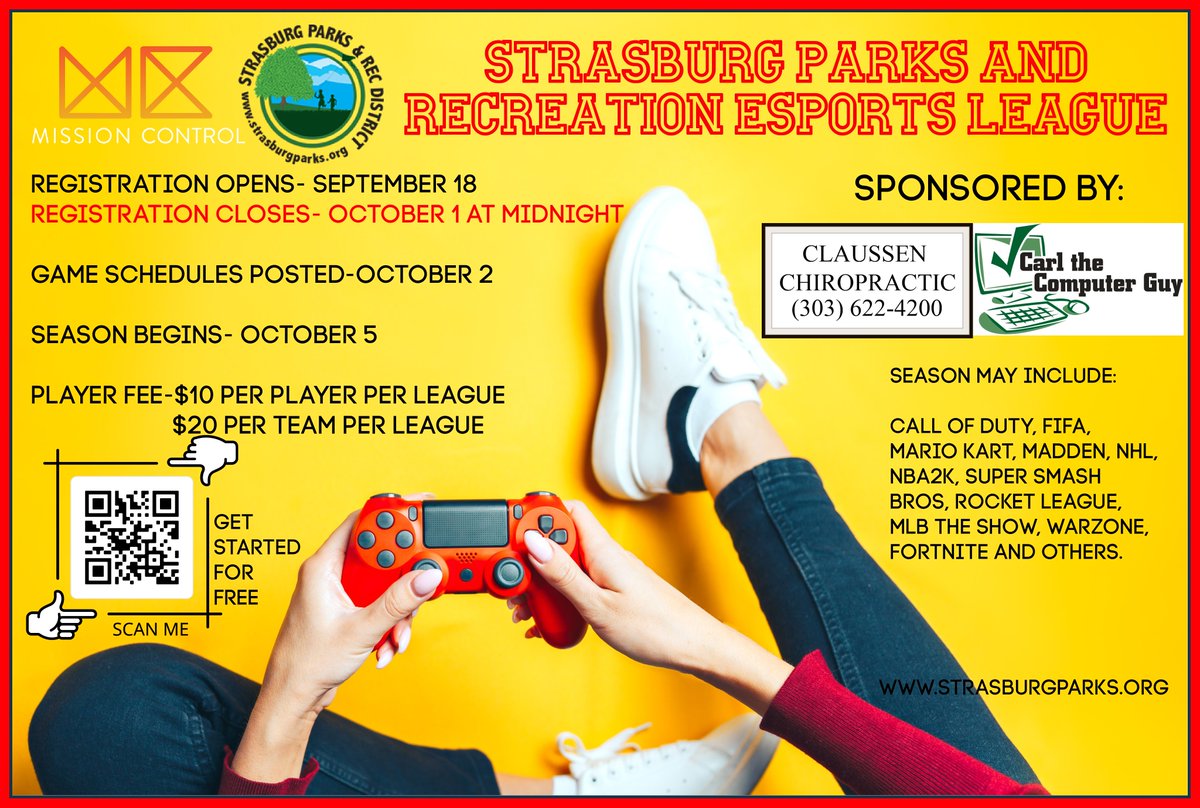 Unfortunately, Pee wee T-ball for today 08/28/20 is cancelled due to weather. Pictures will also be rescheduled.